It is that wonderful time of year when the dahlias are really getting into their stride. And, if we keep up with the deadheading, we can have their company until late into the autumn - unless of course they get battered down by storms, like some have this week. I have to be honest when I introduce you to this selection and admit that I have been in a bit lax in my … END_OF_DOCUMENT_TOKEN_TO_BE_REPLACED

Classification of types of dahlias (or varieties) is a fluid subject. Botanists argue about the division of species and growers create increasing numbers of cultivars and varieties. Thus, the dahlia landscape is both complex and continually changing. Dahlia varieties grouped by flower characteristics Some order is imposed on this complexity by the arrangement of different … END_OF_DOCUMENT_TOKEN_TO_BE_REPLACED

Dahlia pinnata, along with Dahlia imperialis, is one of the two original varieties of dahlia that were described by Francisco Hernandez, physician to King Philip II of Spain, when he visited Mexico in the 16th Century. Dahlias (as we know them) had been cultivated in Mexico for centuries - Dahlia tubers had been used as a food source and the long canes of the Dahlia … END_OF_DOCUMENT_TOKEN_TO_BE_REPLACED 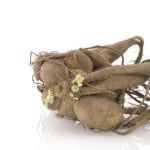 Let's start by clarifying the slightly misleading headline to this post and, in the process, clear up some important questions about dahlia tubers and bulbs. First, there is no difference between what people commonly call dahlia tubers and dahlia bulbs. The important point here is that the weird potato-like structures that give us beautiful dahlia flowers are properly … END_OF_DOCUMENT_TOKEN_TO_BE_REPLACED 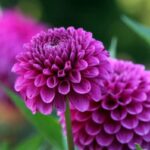 Before we think about how to grow dahlias, we might ask ourselves why should we grow dahlias?' In other words, do dahlias repay the attention that we are required to give to them? According to the late Christopher Lloyd, whose Great Dixter garden featured multiple dahlia cultivars, dahlias are best in in late summer, when they are valuable in: "stiffening a garden that might … END_OF_DOCUMENT_TOKEN_TO_BE_REPLACED