In progress: the garden design and its execution 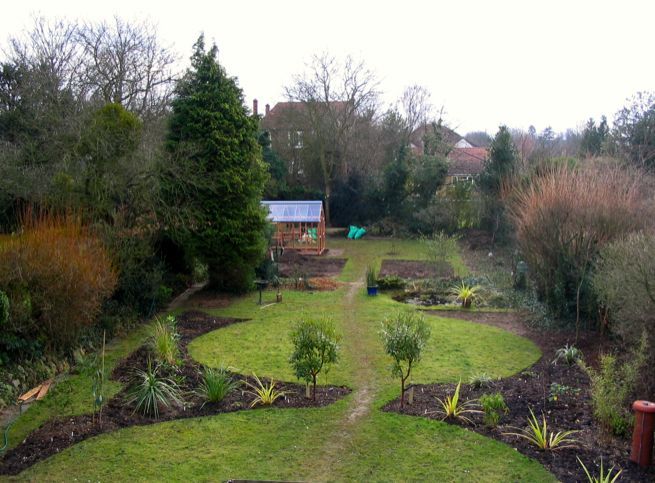 There were several design ideas at work when I was planning this garden layout:

I decided to break the main part of the garden up into two circular spaces of lawn, bordered by deep garden beds. The space nearest the house would be the ‘exotic garden’, this would lead through a narrow gap in the planting to the ‘perennial garden’, beyond which was the ‘productive garden’.

This plan entailed laying out the basic design and removing lots of turf. Ideally, I would have removed the turf, dug over the ground and buried the turf upside down beneath freshly dug soil. The advantage of this is that you retain the crumbly top soil around the turf roots and benefit from the addition of organic matter to the soil as the turf breaks down.

However, I can be an impatient gardener and my plan was to transform this garden in as a quick a time as possible, so digging over the whole site by hand was not on the agenda.

You’ll see what I did in the pictures below. Click on the first image and then click on the arrows to click through to the next one.

For part three of this suburban garden makeover – .